Why and How Males “Father” – An Evolutionary Anthropologist Examines Father Engagement 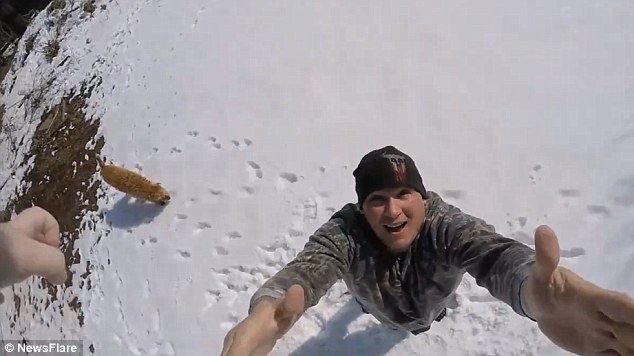 Dr. Anna Machin is an English Evolutionary Anthropologist who explores core human relationships.     In this essay she notes that among our primate relatives, we are the only species with involved and empathetic father.   “Why,” she asks, “did evolution favor engaged dads?” and “How does evolution help explain what dads actually do?”

Machin’s look at “Human Fatherhood” starts from two simple observations:  we are among the only 5% of mammals that have “investing fathers;” and the physiological changes that happen to men when they become fathers would not have been favored by evolution unless father investment was vital to our survival.

I teach new dads:  the overlap between their instincts, the practices we encourage, and Machin’s observations are interesting.

Our evolution to big-brained upright-walking tool users created some reproductive challenges:   getting big-headed babies out through narrow hips.   So, babies are born before they are fully developed, and, unlike other primates, we wean soon – often in a few months (vs 5 yrs for chimps, for example).   Evolution selected for women who could wean and return to reproduction sooner – insuring survival of their genes and our species.    (side note:  the relative “unreadiness” of human children, combined with the relatively short period of being attached to the mother, leads to what Machin calls “a uniquely human character – the toddler” – discussed elsewhere!)

Post-weaning, another source of food is needed for the still-dependent young human:  eventually, a “partner” evolved in this role,  the only person in the tribe “who was as genetically invested in the child as the mother.”   The dad’s behavior and physiognomy evolved to support his “committing to one female and one family, while rejecting potential new females, where his paternity was less well-assured.”

Machin goes on to say that while mothers were engaged in “the production of more children” they were less available to teach children as they grew – and that role fell to fathers.  And, sure enough, research on primitive tribes show a very specific unique role for dad:  teacher.  Specifically, “In all cultures, regardless of their economic model, father teach their children the vital skills (needed) to survive in their particular environment.”    The father’s brain chemistry changes to stimulate and reward this new role.

The child learns from the father through “tag-along learning,” which we would call modeling.   In our classes, we encourage our dads to “Think out loud and feel out loud.”     In subsistence agrarian tribes, children of both sexes spend time “working with” and watching their fathers:  learning not just technical skills, but the social and emotional skills required to thrive in the tribe.

Dr. Machin reports that “Evolution hates Redundancy” and discusses some of the ways father’s activities have evolved to complement mother’s.   To summarize some “electrodes on the brain” research, mother’s response to their children stimulates their limbic area, home of affection and risk detection.  In dads’ brains, it was the parts of the neocortex related to planning, problem solving, and social cognition.    While moms and kids peak in oxytocin when they cuddle, with dads and kids it’s when they play.

In my classes, I see dads naturally doing what Dr. Machin would predict:  intuitively challenging their kids, and thrilling to see them explore.    My class’s dad and Dr. Machin’s “males” both turn their kids outward, introducing them to the world (and its necessary risks).    Dads stimulate and provoke.  They  demand and develop social skills, and support risk-managing behavior.   It is as if they are saying “Look outside yourself, and keep up with me – to learn how to get along in this complex and challenging world.”

This brings us to the pretentious-sound topic of …

“The Challenges of the Evolved Father in the Modern World.”

We live in wealthy age where the biggest threats to children are often in the realms of “mental wellness.”    Being dragged off by a tiger is much less of a threat than depression, anxiety, or social isolation.

Our environment has recently changed radically, in a grand social experiment of replacing human interaction with digital communication – “People skills” are under assault, and, paradoxically, more essential than ever.  Once again, to survive, our species must adapt.     For about 500,000 years, Dads – or people in a father role – have led in preparing kids for the challenges of the wider world, outside of the family.

Even as the environment has become chaotic and unfamiliar, men still sort of know what to do.  With the confidence that comes from awareness and a few tricks, they can expertly fulfill their evolutionary role:  preparing children to thrive in a risky and changing world, by helping them learn to roll with the punches, keep their stuff together and connect with others.