So what’s the problem with praise? – Or “Observe More, Judge Less” 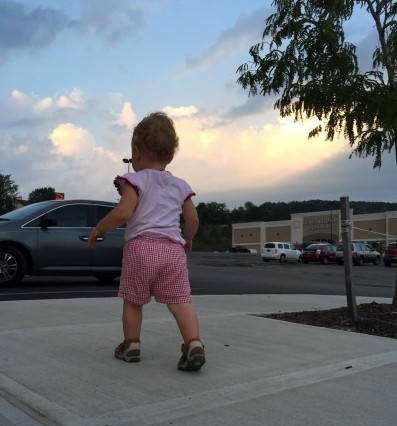 Minimize all levels of judgement - both positive and negative - by simply communicating what you observe.

Supporting a Growth Mindset through Observation, not Judgement

You love your kid.   She’s awesome.   So what’s the problem with telling her?

Some types of praise can have a negative effect on young children:  like every other parenting habit, it’s important to see the situation from the child’s point of view, and to look at the long-term big picture of your child assembling a “self.”

Parental speech creates the child’s environment – so what happens when the idea “I am smart – or so I’m told” runs up against a problem that is not easy to solve?     Many kinds of praise create the idea of a fixed quantity of an attribute, or of that attribute being the only remedy to solving a problem.    So, when you are told you have a gift, and that gift isn’t enough to solve a problem, what do you do?

Experts say it’s helpful to praise your child’s effort, or his process, not her results.   It does a child no favors to praise her natural talents, god-given skills, or to label her, by saying she is “smart” or “fast” or “a good artist” or whatever.  You want to share your observations of what your child does, but not to judge.   It’s more important to be a mirror (to reflect) than to evaluate.   So, for example, better to say “You are juggling chainsaws while balancing on the back of the dog,” instead of “Good Job!”    Self-confidence comes from within – from the experience of working to solve problems in “the real world” of the child’s environment.

Young children learn about themselves from what their parents say, but learn even more from their experience.    Parents can amplify how their children learn from experience by reflecting or reinforcing how the environment responds to the child.     So, when speaking with your child about their actions, it’s a good idea to minimize judgement, both positive and negative, and instead share observations, or simply acknowledge your child’s efforts.   This allows your child to learn from his experience, and to develop an “internal compass” to evaluate the way his actions, and efforts, play out in “the real world” of his environment.  Not judging gets you out of the interpretation business:  teaching a child to always think “Will this please my parents?” does not promote sustainable long-term mental health.    What happens if mom and dad keep saying “you are good at math” and then the child meets a math problem they can’t do?   The more resilient child’s parents’ message is more likely to be “we noticed that when you got stuck, you kept trying, until you solved the problem.”

Below are some examples of Judgement vs. Observation.  Use your ability to imagine your child’s experience to see what she or he would take away from each statement, and consider how robust and ultimately helpful that “take away” would be.   How will the child use the information content of the parent’s comment?

Judgement:   “You are good at math”
Observation:   “You completed our family’s tax returns with a crayon in 15 minutes.  Last year, it took your father 2 weeks.”

Judgement:  “You are a good kid – you were kind to share the truck with Susan.”
Observation:   “I saw Susan smile when you gave her the truck.”

Judgement:   “Your hug made grandma happy.   You are such a great kid – you are cute and loveable.”
Observation:  “You hugged grandma – and she gave a big smile.  I think it made her feel good.”

The article “The Inverse Power of Praise” by Po Bronson and Ashleigh Merriman gives background on some relevant studies in this area, including earlier work by Carol Dweck, the researcher who identified “Growth Mindset,” as a key to long-term happiness and success.   Dweck says you can lump people in two groups:  those with a “fixed mindset,” who believe that abilities are mostly innate and interpret failure as the lack of necessary basic talents, and those with a “growth mindset,” who believe that they can acquire any given ability … if they invest enough effort.  Dweck says that the growth mindset “will allow a person to live a less stressful and more successful life.”

From Bronson and Merriman’s summary of the research:

Think of your own personal experience.    When you are good at something, you have your own personal (high) standards.   Similarly, when you are just learning something new, you accept lesser results as you are learning.   Think of types of praise you receive for your natural abilities … if you are like most people, this sort of praise can often feel hollow, because the person doing the praising doesn’t really know of  your challenges, your abilities, and your journey to get to this point.  They just don’t get it the way you do – but that they’ve noticed what you’ve done is meaningful.

As you know if you’ve poked around on this blog, I am a big fan of the Roman Stoics – and here is what they said about praise:

General praise can be a problem, and is not the panacea it was recently thought to be.  Quick tips:  1) praise effort, not results; and 2)  notice your children, don’t evaluate.    Minimize all levels of judgement – both positive and negative – by simply communicating what you observe. There is no need to praise an infant for sitting up, nor reprimand her for taking a toy from another child. These are just things that babies do. They need not be judged, but can be acknowledged.

Remember, you child is always watching you – like it or not – and you can model appreciation and gracious acceptance of things as they are any time – they are so full of curiosity and the joy of discovery – feel free to give some back.